All Spring 2020 events, including Greek Week are suspended or cancelled due to Covid-19

Greek Week is a week of activities around campus where each fraternity and sorority compete in various events in an attempt to be the Greek Week Champion! The fraternity champion of 2019’s Greek Week was Sigma Phi Epsilon.

Each month, the Intefraternity Council awards one fraternity member the Greek Man of the Month Award. This accolade goes to the most outstanding brother representing each chapter, who exceptionally displays Ohio Northern’s Greek values. 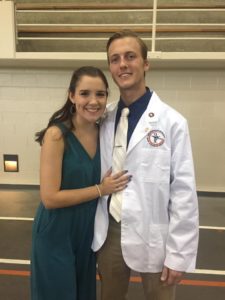 Jared represents FIJI as Greek Man of the Month for October 2019. Jared is a 3rd year pharmacy major, involved in Kappa Psi, Club Powerlifting, is an Orientation Leader, Choose Ohio First Scholarship Mentor, and is the philanthropy and brotherhood chairs for Phi Gamma Delta. As the philanthropy chair, he has organized three events for his chapter, one of which being the Darbara Hull Gala which supports the Kidney Cancer Association. Jared is an outstanding role model for the Greek community as he connects with Ohio Northern’s community and prioritizes philanthropy on campus. 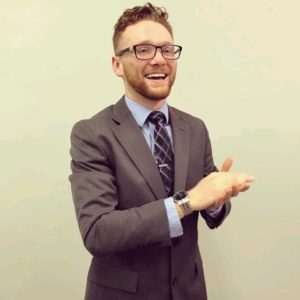 Corey represents Alpha Sigma Phi as the Greek Man of the Month for September 2019. While him and his chapter spent most of their time on their chartering ceremony and fall recruitment throughout the month of September, Corey put in extra effort representing fraternity life here at Ohio Northern. Corey is a 5th year pharmacy major, involved in residence life and CPNP. He was in charge of all of the homecoming events on the same day as his chapters chartering ceremony. He also took it upon himself to take initiative and facilitate Polar Fit and Alpha Sigma Phi’s first annual Pump and Run. Corey exemplifies the selflessness it takes to be a Greek man at Ohio Northern, by balancing time between school, our community, and within his chapter. 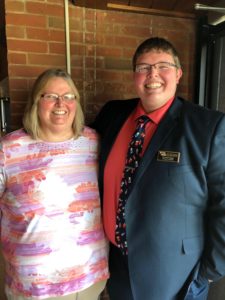 Kenny represents Alpha Sigma Phi as the Greek Man of the Month for April 2019. During the month of April, Kenny incomparably represented what it means to be a fraternity man on Ohio Northern’s campus. Currently, he is a 5th year pharmacy student with a 3.99 GPA. Throughout campus, he is involved in Pharmacy Council, NCPA, Kappa Psi pharmaceutical fraternity, Rho Chi Honor Society, Mortar Board, Alpha Lambda Delta, and Phi Eta Sigma. During the most important week of the year for Greek life, he was in charge of Greek Week as a co-chair for all fraternity events. Within his fraternity, he unanimously received Sig of the Year by all of his brothers. He received the NCPA Distinguished Service Award for his outstanding success in our community. During Alpha Sigma Phi’s chartering process, he took responsibility in surfacing information and writing the majority a 40+ page document to officially become a nationally recognized chapter. 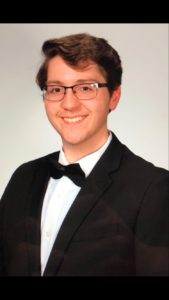 Jacob represents Sigma Phi Epsilon as the Greek Man of the Month for March 2019. Within Sigma Phi Epsilon, Jacob holds positions as the New Member Education Coordinator, Historian, and Vice President of Programming. During the month of March, Jacob raised $700 for the American Cancer Society’s Relay for Life. This semester, Jacob has coordinated efforts to raise another $700 through a fundraiser for Sigma Phi Epsilon.